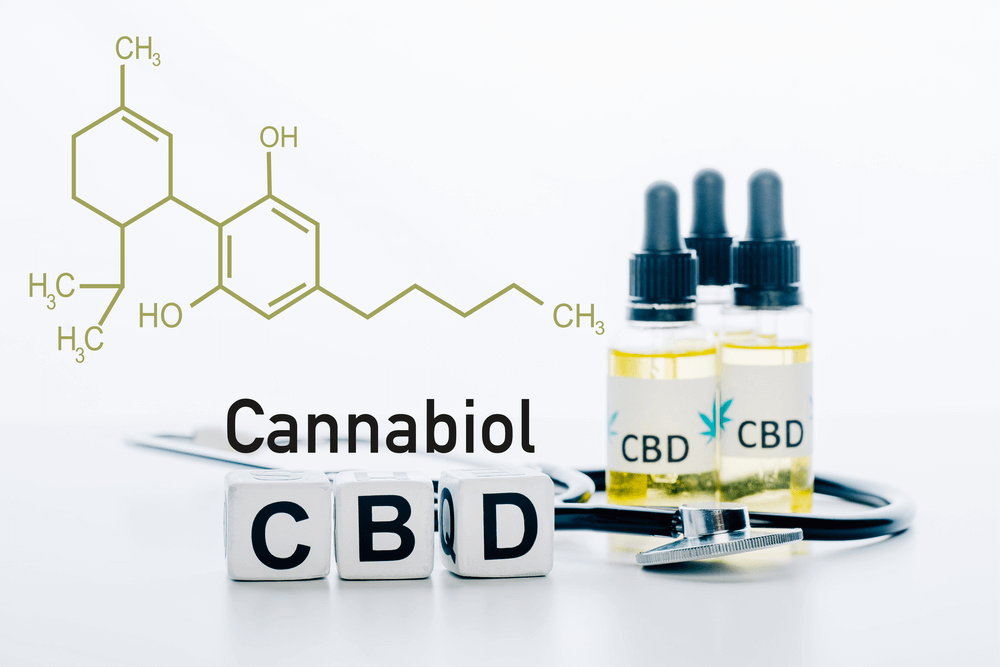 Cannabidiol, popularly known as CBD, is one of over 100 chemical compounds present in the cannabis plant. CBD should not be confused with tetrahydrocannabinol (THC), which is the psychoactive chemical compound found in cannabis that gets people high. Since CBD does not have the mind-altering effects associated with marijuana, it is ideal for relieving pain and treating other health conditions without unwanted side effects. Medical research enables professionals at Mountain State Cosmetic Surgery in Beckley, WV to use CBD oil to treat several health conditions and educate people what does CBD oil treat.

To make the oil, we extract CBD from the cannabis plant and then mix it with a carrier oil, mostly hemp seed oil or coconut oil. In recent years, CBD has become a popular option among healthcare providers because of all the things it can treat.

What Does CBD Oil Treat?

Historical records show that our ancestors treated pain using marijuana from as early as 2900 BC. More recently, medical researchers have exploited certain chemical compounds of marijuana for their pain-relieving properties. One of those compounds is CBD. The endocannabinoid system (ECS) a specialized system in our bodies and plays a key role in regulating several bodily functions, including pain, appetite, sleep, and immune system response. ECS is made of endocannabinoids, which are neurotransmitters that bind to cannabinoid receptors in the nervous system.

To help reduce chronic pain, CBD targets endocannabinoid receptor activity. During this process, it interacts with neurotransmitters and reduces inflammation. When combined with THC, what does CBD oil treat is that it offers relief from the pain associated with arthritis and multiple sclerosis. Besides reducing pain at rest and during movement, CBD treatment also improves the quality of sleep of people suffering from rheumatoid arthritis.

Mental health issues are an important part of healthcare. When left untreated, mental disorders can have undesirable effects on a person’s health and general wellbeing. Data from the World Health Organization (WHO) shows that depression is the biggest cause of disability in the world. WHO ranks anxiety as the sixth biggest contributor to disability worldwide. Pharmaceutical drugs used in treating depression and anxiety come with several side effects, including agitation, insomnia, drowsiness, headaches, and sexual dysfunction.

Additionally, medications like benzodiazepines are known to be addictive, increasing the likelihood of substance abuse. One from what does CBD oil treat is a natural treatment option for depression and anxiety by impacting the brain receptors for serotonin. Serotonin is a neurotransmitter that regulates social behavior and mood. CBD oil is also effective in treating insomnia and anxiety in children suffering from post-traumatic stress disorder (PTSD).

Nausea and vomiting are among the most distressing side effects of chemotherapy. Studies show that CBD is more effective in reducing nausea and vomiting than standard treatments. Although still in the early stages, research shows CBD may help to inhibit cancer cell growth. Preliminary results show that CBD can slow down the reproduction of tumor cells and reduce inflammation.

Over 9% of the American population is affected by acne. This common skin condition is caused by several factors, including bacteria, genetics, inflammation, and excess sebum. Sebum is an oily secretion produced in the skin by the sebaceous glands. One from what does CBD oil treat is acne because of its anti-inflammatory qualities.

A study published in the Journal of Clinical Investigation discovered that CBD also reduces the production of sebum by limiting activity in the sebaceous glands. CBD also prevents the activation of inflammatory cytokines, which are agents that create a conducive environment for acne growth.

CBD’s ability to impact activity in the endocannabinoid system and other brain signaling systems makes it an ideal treatment for neurological disorders such as multiple sclerosis and epilepsy. CBD has proven to be effective in reducing seizures in adults and children suffering from several conditions that cause seizures. Some of these conditions include Lennox-Gastaut syndrome and Dravet syndrome.

Additionally, one from what does CBD oil treat is that it reduces seizure caused by Sturge-Weber syndrome, tuberous sclerosis complex, febrile infection-related epilepsy syndrome (FIRES), and other genetic conditions associated with epileptic encephalopathy.

The rise of heart disease cases worldwide is a major concern for healthcare providers. In the United States, it is one of the leading causes of death. While dietary and lifestyle changes are the first steps towards reducing the risk of developing heart disease, CBD has some properties that are good for the health of your heart and circulatory system.

CBD can lower blood pressure, reducing the risk of developing complications that affect the heart, including a heart attack, stroke, and metabolic syndrome. According to medical researchers, CBD helps specifically by reducing:

Furthermore, because of its powerful antioxidant and stress-reducing properties, CBD plays an important role in preventing inflammation and oxidative stress, both of which are precursors to heart disease.

Over 34 million people suffer from diabetes in the United States. This accounts for over 10.5% of the American population. According to the American Diabetes Association (ADA), diabetes kills more Americans than breast cancer and HIV combined. Type 1 Diabetes occurs when the immune system attacks the pancreatic cells.

Withdrawal symptoms are the biggest challenge facing people struggling with addiction in their recovery journey. According to research published in the Journal of Substance Abuse in 2015, CBD shows promising results in helping people suffering from substance abuse. In the report, medical researchers found that CBD has a therapeutic effect on people struggling with cocaine, opioid, and/or psycho-stimulant addiction. Additionally, the researchers also reported that CBD is effective in treating cannabis and tobacco addiction.

In an ironic turn of events, researchers have discovered that CBD blocks or sometimes reduces the effects of THC on the brain. Another study published in Addictive Behaviors discovered that smokers using inhalers with CDB smoked fewer cigarettes. These smokers also experienced relief from withdrawal symptoms, with a majority of them stating a reduced craving for nicotine. Further scientific research found that CBD offers relief from symptoms associated with substance abuse, such as mood swings, pain, anxiety, and insomnia.

Although it is not clear how CBD manages to subdue drug-resistant bacteria, health professionals are amazed by cannabinoids’ unusual ability to fight these strains of bacteria. While medical researchers are still trying to figure out how CBD destroys these strains of bacteria, a study carried out in 2011 showed that CBD slows down the progression of tuberculosis in test subjects. Researchers believe that it manages to hinder the progression of TB by inhibiting T-cell proliferation.

Schizophrenia is a serious and complex mental disorder that affects the quality of life and general wellbeing of its victims. Typically, the condition is managed through therapy and certain pharmaceutical medications. These antipsychotic drugs come with severe side effects, including drowsiness, dizziness, nausea, dry mouth, restlessness, low blood pressure, blurry vision, dry mouth, and seizures. Fortunately, CBD offers a safe, effective, and tolerable treatment option for psychosis.

However, it is important to note that THC has the opposite effect on people suffering from schizophrenia. Besides advising patients to stay away from THC-focused marijuana products, health professionals also use CBD oil to reduce and counteract the psychosis associated with marijuana abuse.

Oxidative stress occurs when the antioxidant activity does not match free radical activity, resulting in an unhealthy imbalance in the body. This fairly recent health problem is caused by increased toxicity in the environment. When free radicals overpower antioxidants, they start damaging DNA, fatty tissue, and proteins in the body. Over time, this damage causes:

The antioxidant and neuroprotective properties of CBD enables it to reduce the damage caused by excess free radicals.

Alzheimer’s disease is an advanced form of dementia. Dementia is a blanket term for conditions that negatively affect thinking, memory, and behavior. The condition can be caused by a variety of brain injuries or diseases. Typically, Alzheimer’s disease affects elderly people aged 65 and above or people with a family history of the disease. Unfortunately, there is no cure for Alzheimer’s disease, but there are treatment options that can slow the progression of the condition.

A study published in the Journal of Alzheimer’s Disease shows that CBD can help patients suffering from the disease avoid the development of social recognition deficit. This means that when people with Alzheimer’s disease are treated early with CBD, they are unlikely to forget faces they know.

Inflammatory bowel disease (IDB) is a general term for conditions that cause chronic inflammation in the digestive tract. There are two common types of IDB;

This bowel disorder is characterized by long-term inflammation and ulcers in the innermost lining of the large intestine and rectum. When left untreated, this condition can cause life-threatening complications, such as toxic megacolon, perforated colon, and severe dehydration.

Common symptoms for both ulcerative colitis and Crohn’s disease include fatigue, abdominal pain, diarrhea, and weight loss. The body produces THC-like compounds that increase the permeability of the digestive tract, allowing the bacteria in. CBD inhibits these naturally produced cannabinoids and reverses the damage they cause by tightening the bond between intestinal cells, reducing permeability.

It is common knowledge that consuming marijuana in any form increases one’s appetite. However, it is THC that triggers the feeling of hunger, prompting one to develop “the munchies.” THC does this by increasing the production of the hormone ghrelin, which generates the sensation of hunger. THC also targets CB1 receptors in the brain. CB1 receptors play a vital role in controlling your appetite. Additionally, since THC boosts the production of dopamine, it heightens your sense of smell and taste, making eating more pleasurable and satisfying.

CBD, by contrast, improves appetite differently. It reduces nausea and relaxes the nervous system and digestive tract, allowing people suffering from chronic pain, cancer, and other medical conditions to eat more than they normally would.

Insomnia affects millions of people in the world. Insomnia can negatively affect your health and reduce your quality of life. If you struggle with falling and staying asleep, you might find some relief in CBD. CBD oil can help you get restful and undisturbed sleep by relaxing your body and mind, through producing lower level energy. CBD offers relief from insomnia associated with chronic pain and mental health disorders, such as depression, anxiety, and PTSD.

Graft-versus-host disease or GVHD is a complication that occurs after a donor’s cells attack and damage a patient’s healthy cells because they view them as foreign. GVHD can be mild, moderate, or severe. In extreme cases, the disease can lead to life-threatening complications. Typically, patients undergoing an allogeneic stem cell transplant receive some form of GVHD prevention.

Prevention strategies include removing T cells from the donor graft and/or medication to prevent the donor’s cells from attacking the patient’s cells. Medical researchers have found that taking CBD oil seven days before a bone marrow transplant and 30 days after reduces the risk of developing GVHD.

Each year, over 50000 cases of Parkinson’s disease are reported in the United States. Health experts fear that the number of cases might be higher because the disease is easily misdiagnosed. Parkinson’s disease affects the victim’s mobility and motor skills. Although Parkinson’s disease has no cure, there are several treatment options to help ease the symptoms associated with the condition.

Give CBD a Chance

Some people might be a little skeptical about any product derived from cannabis. However, this suspicion is mostly drawn from myths and inadequate access to accurate information. Marijuana has been used for thousands of years to treat various health conditions, and we now know how to isolate the most beneficial parts of this plant, such as CBD. Medical researchers have invested time and resources to exploit the benefits of the cannabis plant while avoiding the downsides. Their efforts have been fruitful, prompting the federal government and some states to lift some restrictions that were imposed on cannabis use.

If you or your loved ones are suffering from any health conditions we have highlighted above, and you have not found adequate help, maybe it is time to give CBD treatment a try. For treatment, contact Mountain State Cosmetic Surgery in Beckley, WV today!